I think designing and producing an annual report is a little like having a baby. I found out I was expecting last April and she was finally delivered on December 21, 2009 at 4:00 pm. Let me introduce you to The Mary Lou Fulton Institute and Graduate School of Education 2008-2009 Annual Report. I know, the name is kind of long but I’m going to call her Mary Lou for short. Weighing in at 56 pages she was quite large for an annual – 9” x 12” to be exact. It was a long labor that lasted almost five months but I refused any drugs, I wanted to do it naturally. It was a joyous occasion when she finally came into the world. I’ll give you some particulars on her:


Coloring: Champagne metallic ink with black, yellow, maroon and white foil stamping outside, plus four color process and one Pantone ink inside


Identifying features: Perfectly bound with a slight hinge score – and she came in a matching jacket!

Like any proud parent I’ve taken lots of pictures. And as all new moms would probably say “I don’t want to go through this again anytime soon.” Well, not until next year anyway. 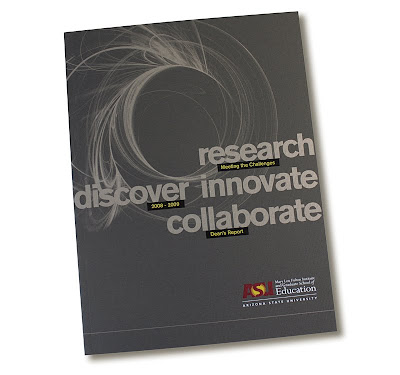 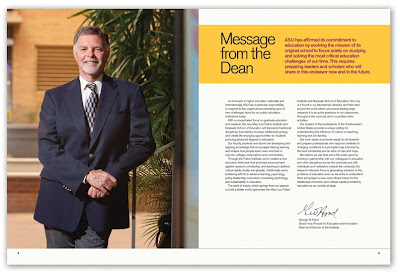 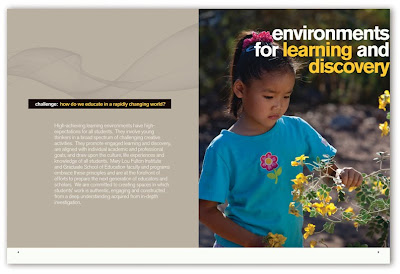 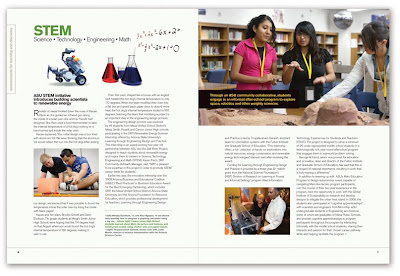 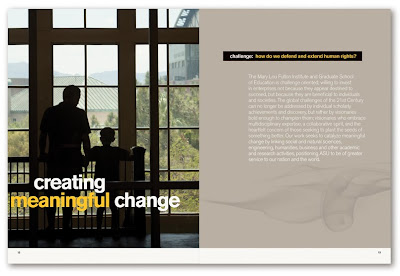 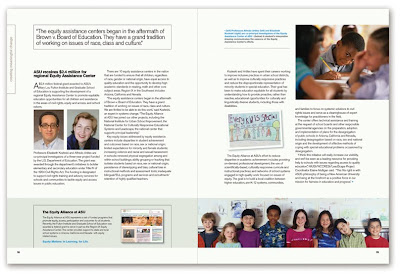 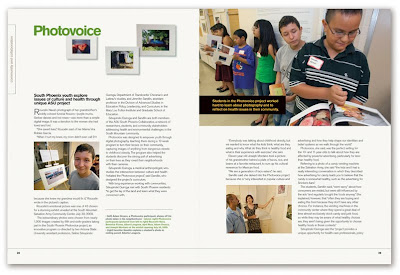 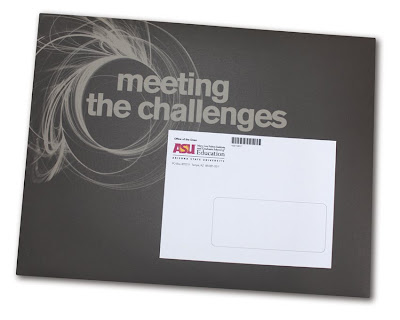 Leave a Reply to DD